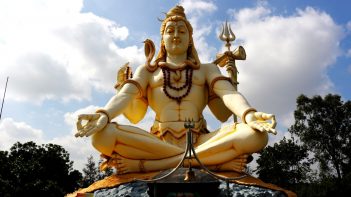 Neo Hinduism claims to be Hinduism but actually it is a new form of Hinduism. Many thinkers in this period in India use the word "modernist" as a description of a follower of Neo Hinduism.

In various articles the writers emphasize the difference between India and the West in their approach to "Neo Hinduism". In the West they tend to relate to the phenomenon as a collection of reforms, in other words – changes (something which turned into something else) and in India they tend to relate to this phenomenon as a cultural renaissance, that is a renewal (something which was, disappeared/became dormant and then was reborn in an improved version).

We can summarize the characteristics of Neo Hinduism as follows:

I believe that every religion or school of thought goes through changes along the way. These are developmental changes which stem from our being creatures ever evolving
There is no doubt that India was influenced by the West – the very notion of unity, that everything is subsumed under the great One is closer to the Western monotheistic concept but it is also a concept that has existed in India for hundreds of years – it is the Brahman, the absolute incarnate in everything.

India was not only influenced by the West but also influenced others with various spiritual/mystical concepts. Today many Westerners speak about an omnipotent monotheistic God as supreme, powerful and great, that little us, who live here below, are sparks of his – that is we are small divine incarnations. That is an enormous spiritual influence.

Beyond that, with time, India has evolved within itself – in its unique schools of thought, long before the arrival of the West and the nationalist awakening.
For example: Patanjali's Yoga Sutra. This text demonstrates a consciousness of liberation through extinction. The extinction of consciousness. There is no concept of unity here.
Later on, with the development of the Advaita Vedanta, interpretations of the Yoga text were given which spoke of Samadhi as connecting with the Brahman. Concepts from one school of thought entered another and an interesting mix was formed.
Today, when someone learns Yoga and wants to learn to teach, he learns Patanjali's Yoga Sutra through later Advaita Vedanta interpretations, and it seems clear and natural. So it is with everything else, and not only in India. It is the nature of things to evolve and blend in the end. That is the meaning of being open to changes, which so characterizes a Neo Hindu, however, despite the fact that Neo Hinduism declares itself to be tolerant, it is the only religion one may not convert to. It is impossible to become a Hindu; you must be born one.
This raises many questions, for me at least, especially considering that the central claim of Neo Hinduism is that fundamentally everything is one. Interesting….

One of the most intriguing thinkers in my opinion is Sri Aurobindo. To me, the most striking thing about his writings is his general appeal to everyone in this world.
One can distinguish in them a departure out of the borders of India, a kind of inclusion, which is well known in Neo Hindu texts.
When speaking about divine power he uses the word “divine”, which leads me to the second characteristic of Neo Hinduism that appears in his work.
That is, the use of Western words and content in order to express Indian ideas and concepts. The word “divine” leads in the direction of a hidden, holy, divine power:
showing the influence of Western, Christian, monotheism.

Sri Aurobindo uses the word belief – a word which does not exist in the Sanskrit lexicon. That is, he uses Western terms and concepts in order to reach everyone.
Whether it was conscious or not, there is a massive Western influence here on the content of the language itself.

The next point I wish to discuss is Sri Aurobindo’s world view and concept of liberation. In his writings we sense the bubbling up of Neo Hinduism. He is among the modern thinkers who somewhat neglect the philosophy of celibacy associated with Yoga (Patanjali) and he addresses the masses, the people.
According to the tradition of celibacy, the ideal of liberation was in the isolation of Purusha from the Prakriti and achieving the state of Kaivalya – being alone/isolated.
Few people in India could really carry out this practice, since most of the population was made up of peasants – family members who, first and foremost, had to live in the physical world – were subjected to Dharmic duties contrary to forest philosophies.

The modern thinkers, the Neo Hinduists, set aside the idea of liberation in a certain way. They no longer speak in terms of Moksha but of the notion of “liberation” here and now, in this world, bringing the divine into physical life.
Sri Aurobindo’s texts all deal with this matter.
In his opinion, the path of Yoga is a way to manage a spiritual life within daily life.

By bringing the world into the picture, the modern thinkers, and Sri Aurobindo among them, are appealing to most of the population, in India and even more so in the West.