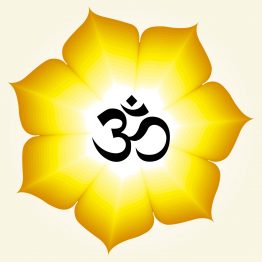 The Indian Philosophical Debate (argument)
Who wins the argument? Anyone who doesn’t debate…

How did that work?
The king would convene an event, invite scholars and set the subject of the debate.
The wise men would express different positions.
After a few days the decision was made as to who won.

Some of the Upanishadic teachings about Atman and Brahman are described in the form of debates.
The idea is that philosophy was conducted in a public and open way, dialogically. This idea is found in many philosophies such as: Greek philosophy where Socrates conducted his philosophy in the marketplace, exposed to the crowd/the public. It is a situation in which there is a dialogical debate as in a game (in which there are rules).
With time, the debate begins to be institutionalized and then takes on a life of its own, independent of a specific event. The debate becomes institutionalized as a written teaching which seeks to regulate the way philosophical dialogue is expected to proceed.

In India during the first centuries AD, there began a trend towards the institutionalization of the various positions (schools of thought) as well as the methods of debate.
In India, more powerfully than in other schools of thought, this institutionalization occasionally shows almost obsessive qualities.
In parallel to theoretical, ideological literature, a methodological literature develops as well.
Rule one – when you debate, do not contradict yourself. Seemingly this rule is clear and does not need to be written. However, there were some who used it.
These techniques are often used in Japanese Zen Buddhism. But they are not used in India.
Rule two – Anyone who avoids giving an answer loses.
Rule three – You make a counterargument and I say I don't understand. This repeats several times. You ask me to repeat what you said. If I cannot repeat what was said but the audience can, then I lose the debate.
One of the sides actually is blocking the debate.
In a philosophical debate you cannot say that you did not understand if others did….

The Indian philosophical debate has rules, a framework and a goal – which is not to lose. Winning is determined by the one who remains last and has not lost.
First one must try to formulate in short, the framing of the debate.
A constitutive rule – defines the goal; a regulatory rule – defines what is outside the debate.
The debate is supposed to proceed in such a way that will allow a conclusion. Therefore, it is only possible to debate questions that in principle have an answer.
For example: How is a crow similar to a desk is not a legitimate question. The question is formulated semantically in such a way that it is not possible to answer.
Such a question will not be part of an Indian debate.
A debatable question is a question that has a yes or no answer.
The space for an answer (tetrahama) has 4 possibilities:
Yes
No
Yes and No
Not yes and not no.
If I ruled out the answer ‘yes’ then also the answer ‘yes and no’ is ruled out, the sentence is conjunctive (a sentence with ‘and’).
The sentence ‘not yes and not no’ is ruled out in advance because it is meaningless. Therefore ‘no’ wins…

Indian debating tools are its assumptions. Every participant can use the tools as he desires.
After beginning the debate, I cannot use my tools, only yours.
That is: when I examine your assumption, I cannot mix my assumptions into it. Because then I would be forcing my assumptions on the other side. How can I attack you with assumptions that you did not have?
You assume there is a Creator, I think there is no Creator. That has a yes/no answer.
I cannot defeat your position without accepting it or pretending to accept the opposing position.
When I examine the opposing position, I accept your assumptions.

One of the claims heard in India was: If you think there is a Creator you are saying that there is nothing in existence that was not created (everything has a creator).
I ask who do you think created God? It is impossible to say that no one created God because then you are saying that He does not exist.
There are two ways of responding: God creates himself (that is a contradiction).
If God was created by his father (God was created by a super-God… we have a regression.)
A situation has been created in which if I answer yes – I am asked another question… Now I can’t say no because then I would be contradicting myself.
If I answer no – I need to assume something outside etc. and we have a regression.

The debater allegedly enters the debate without a position and while he is refuting answers, he finds an answer/position. But it is not his position but rather the result of the debate.
When I say yes, I need to find flaws in the ‘no’ position.
In order to reach a decision, the struggle needs to be clean.
A minimal argument – is free of any admixture of the assumptions of the claimant.
The claimant remains anonymous in principle.

Philosophy strives to reach the truth. When we strive for the truth, we must be responsible for our aspirations.
Russel wrote that philosophy deals with questions that have no answers because everything that has an answer became science (physics, chemistry, humanities).
What is left is what has no answer and not only that which has no answer in the meantime (like Aristotle’s philosophy which is biology today).
Russel said that the importance of philosophy is in asking the question, and the debate about it.
The Indians protest that!
There is a whole literature dealing with the rules of argumentation. They are against the idea that the question itself is the important thing; since there are questions without answers, they do not agree with Russel’s statement.
There is a price to not giving in.
We will point out two:

After Buddhism was defeated in India, Indian philosophy begins to deteriorate. There are still philosophical groups. But most of what has been done in the last 200 years is only repetition and improvement of what was before. Originality belongs to the first millennium. There are new philosophies, but they are greatly influenced by Western philosophies.

We saw that there are 3 starting points for our reflection on philosophy:

Which of these vantage points is true for India?
Each point of view is true for India if we look at different periods.
The Vedas – are characterized in particular by the perception of Dharma, of obligation, defining man by his position and roles in the collective.
The Upanishads, Buddhism, Jainism (additional ascetic positions) – there we see the second vantage point – the individual.
The period beginning with the first centuries AD – Indian philosophy as argumentative dialogue which ends in a resolution.

This answer is not really sufficient because the positions do not come one at the expense of the other.
When a particular position is created it is added on to its predecessor and does not erase it.
Therefore, the answer that the three points of view develop chronologically is too artificial.
There remains another answer – Indian philosophical culture reflects these three points of view thereby reflecting a situation of deep tension and contradiction.